The slow progress of the development process can feel like a curse. Not only because it means that some of us have to be patient as we scramble our way into the theatrical ‘pipeline,’ but also because the playwright and the world changes over the years. I wrote the first draft of She Gets Naked four years ago, and I’m in many ways a different person. The present moves past.

I love commentary comedy. I love The Daily Show, Samantha Bee, John Oliver, Colbert, and the others. Satire responds to the world of the moment. It is impatient. In contrast, the slow cooking of art means that it often must respond to a social condition rather a specific event.

She Gets Naked in the End involves homophobia that, at the time of the writing, was enshrined in American law. Since the writing, the laws changed, we can get married, and I wondered if this made the play dated. Certainly, the two women are experiencing a heavier level of internalized homophobia than external or structural — no-one ever howls ‘faggot’ or ‘dike’ at them, they are not prevented from adopting a kid or something — and the internal temporally transcends law, but a naive part of me thought the play would become more of a museum piece as the changing law reflected changing cultural mores.

As a playwright, I’m a better gauge as to how much a piece reflects what I wish to say and not how the audience eats the play, but I found myself saying at Monday’s reading, yes, this is what I want to say right now, these are my questions and concerns for right now.

It’s a terrible backwards gift, isn’t it? “Oh, yes, this is still what I want to say, even more so now. FUCK! WHY HASN’T THIS CHANGED?? This has only gotten worse.”

Right now, all art is about Trump. He’s inescapable. He is the inappropriate use of power. He is the bloated embodiment of rape culture. He is the screaming pile of America’s racist garbage, of white anxiety, of of of…

I felt it when the lead character’s mother, a clearly downwardly mobile white southerner, screams that she is not white trash, she’s better than the latino characters, calling them ‘illegal.’

Every advance a man made on “she” felt nakedly about Trumps comments. “No one cares about ugly woman,” the mother says. She might as well be the president. The President judges women based on how big their breasts are.

At least a grab without consent results in a man getting his hand broken.

Yeah. There’s a gut check of a gift for a playwright. Guess, what, B, your play makes sense. The plays optimism about the future, that’s what’s misplaced… All art is about Trump right now, whether we like it or not, and this is about Trump.

What a weird backwards gift.

In other news, we’ve gotten the contracts in order, to the production of THE JUNGLE BOOK at Acme Theatre is moving forward! 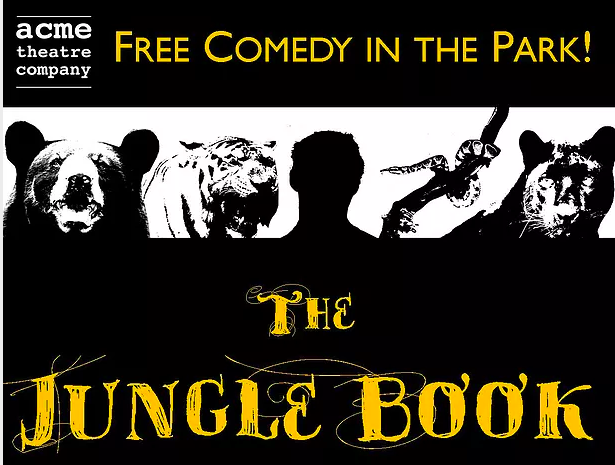