An experiment in design driven theatre. 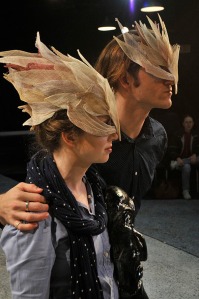 Fallout of the Sky was written in collaboration with Costume Tech MFA student Nellie Kurz, whereby Nellie designed and built a series of masks around which Briandaniel wrote the play.

Fallout is a series of interwoven vignettes that retells the myth of Icarus. It explores the father-son relationship of Icarus and Daedalus, as well as the minotaur who haunted the halls of the Labyrinth, and shares the stories of the creatures surrounding the myth but are never mentioned.

The play uses choral storytelling, and can be produced with as few as three actors or many more.

The Question: What happens when a playwright and ensemble creates a play based on masks? Often mask-driven pieces strip words away and focus the attention on movement and visual images — what happens when we layer on language?

A section of the play was commissioned by Barnyard Theatre. This section is titled “Our Flock,” and stands alone as a ten-minute play.

Nellie and Briandaniel presented a pilot version for FronteraFest a the Hyde Park Theatre in Austin in February 2014. This was made possible thanks to a grant from Austin ScriptWorks.

Fallout of the Sky was presented at the University of Texas at Austin in April, 2014. 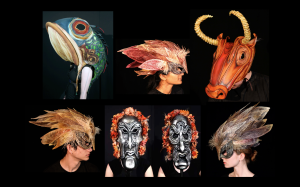 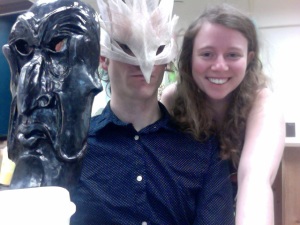 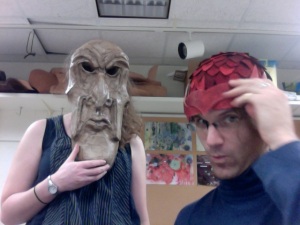 Selection from Fallout of the Sky