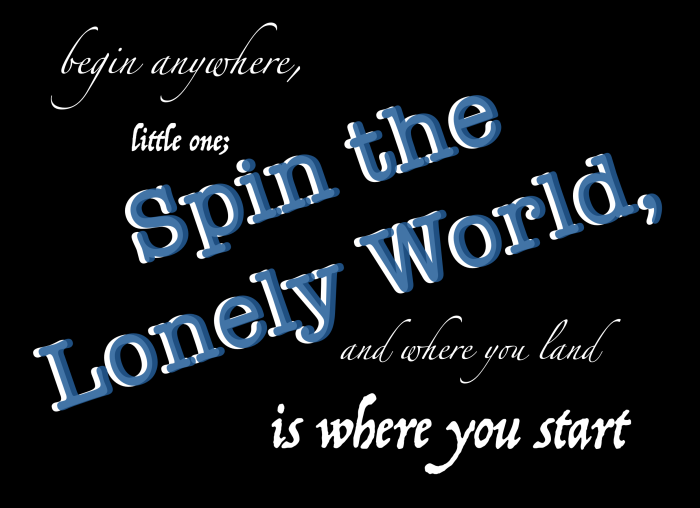 Originally written immediately before the pandemic, this draft has been annotated to be produced as a virtual performance.

SYNOPSIS: Seven short plays about transformation are knitted together by a ring that’s passed from a major character to a minor character. You can begin this play on any piece and eventually you will return to it.

– After a lonely woodcarver makes a puppet, who then carves more puppets to deal with her loneliness.
– An old woman encounters a rose that offers infinite life and instant death.
– An artist is shipwrecked on a magic island with his greatest foe.
– A young girl deals with the grief of losing her parents by hunting death.
– An apothecary deals with three obnoxious sorcerers.
– Forbidden lovers meet on an icy bridge, and one is taken by a waterfall spirit and turned to stone.
– A crow trades her plumage for shiny things, becoming human.

WHY THIS PLAY: This play has opportunities for eleven actors to have leading roles. Although it was originally written for an ensemble of middle school actors, it is also appropriate for older actors.

Script available via The New Play Exchange or by contacting Briandaniel.