(For younger actors, I would recommend making cuts.)

It’s the time of sea shanties and pirates.

SYNOPSIS:    Seeking adventure – and to move out of his parents’ basement – young Carl stows away aboard The Hubris, the greatest ship ever built. The Hubris is owned by Captain Greenery, who with his first mate Cankle seek to rescue a herd of corgis gifted to him by the Queen of England from pirates. He has hired a crew of sailors, all named Jim, to work his ship…. who are, naturally, secretly also a band of pirates. Led by Captain No Beard, they scheme to make The Hubris their own.

WHY THIS PLAY:    This swashbuckling comic adventure includes sword fights, a kraken attack, a battle between ships (which can be performed with puppets), a tempest, a Caliban-like creature who lives on a moving island, a minotaur, references to The Goonies, a haunting underworld beneath the ocean, betrayal, and a friendship with a rat named Willard. It asks, when power corrupts, what is the price we pay to make a legacy?

Read the play on the New Play Exchange or contact BriandanielOglesby(at)gmail.com 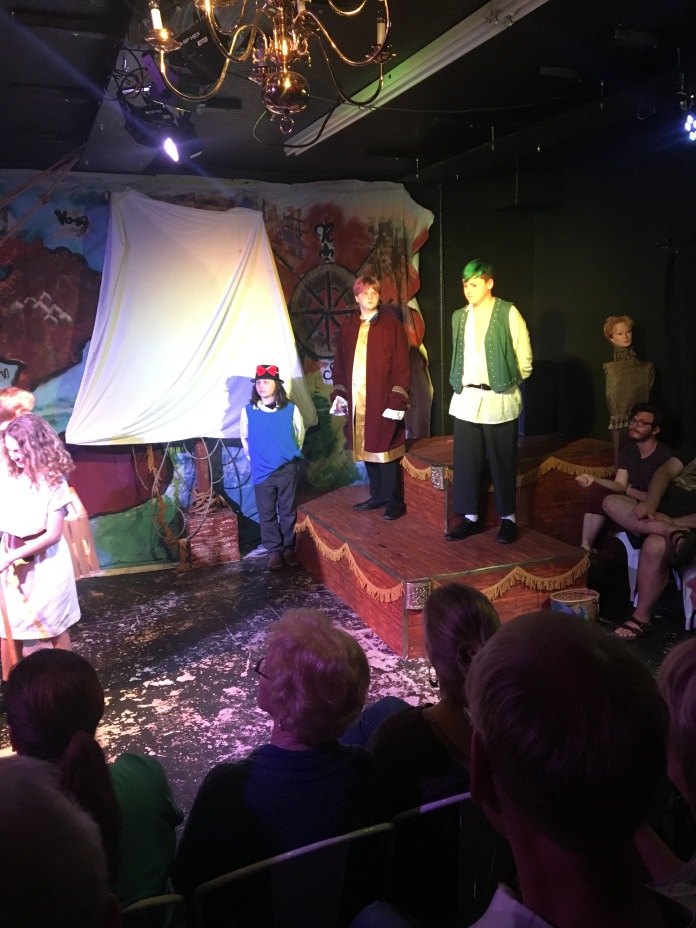