If I could figure out how to imbed my Kickstarter video into wordpress, it would be here. Take a look at the video anyway.

I took the video in Utah.

I have been away from home for about a month now.

The trade off for this summer is that instead of building sets in the middle of the countryside at Barnyard Theatre, I spent three weeks in the beautiful Wasatch Mountains south of Salt Lake before flying out to Brooklyn, which is actually part of New York City — the country-bumpkin learns s uch strange things — for a NYC Fringe show.

For three weeks my entire life was writing in a place that looks like this: 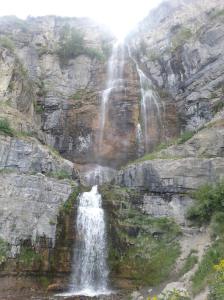 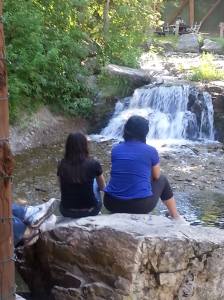 This has been followed by working on plays here: 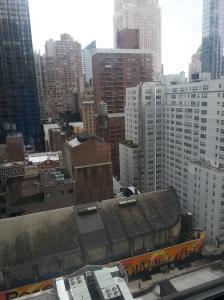 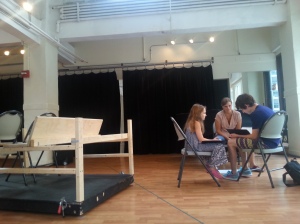 If you’re in New York, join us at the Fringe, please. The actors are absolutely phenomenal.

That is a real nine-year-old, who is one of three actors in a play that includes 147 “fucks.”

It’s a play about an intense road trip, as Sheila drives her adoptive children, Nate and Miri, from California to Nebraska, to leave Nate in a hospital to become ward-of-the-state.