In a few days, Acme will open the world premier of THE TWELVE HUNTSMEN 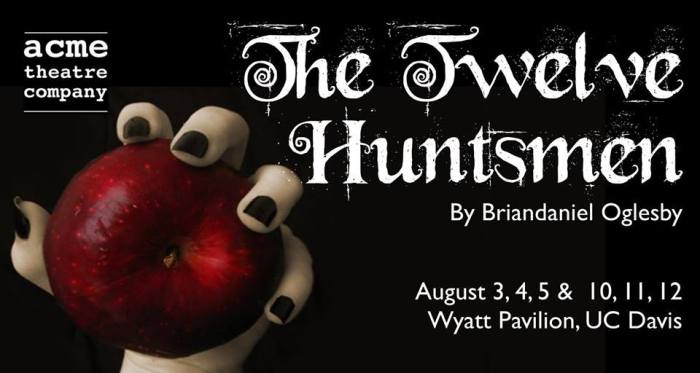 Like The Briars, it’s being produced in The Wyatt Pavilion Theatre.

Three years ago, Artistic Director Emily Henderson commissioned me to write an adaptation of fairy tales that had to do with food. They did not elect to produce The Twelve Huntsmen that year; I was fortunate that they hired a director this year, the fabulous Miriam Eusebio,  to whom the play appealed.

The Twelve Huntsmen is a massive undertaking. It needs at least seventeen actors, and can take on up to something like 70. We have 25 in the Acme show, and then another 10 or so doing backstage work. It’s designed so that every night can be different. While the core play of The Twelve Huntsmen is produced every night, the number and order of the rest of the plays are picked randomly.  Acme decided that they would pre-determine which plays would be performed each night (so that they could let families know if their kid would have a major role), but the order would be by chance. Even so, it’s a massive feat for the stage management, not to mention the actors who have to keep track of all their props and costumes.

I wrote the play for high schools or community theatres who want large casts. I wrote it to challenge everyone involved – to be a show that would be its own form of boot camp.

I also wanted to make a large cast play where everyone would get a substantial part with something interesting to do. The show has 25 actors, but no one disappears to become spear carrier #2. 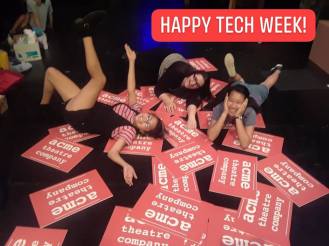 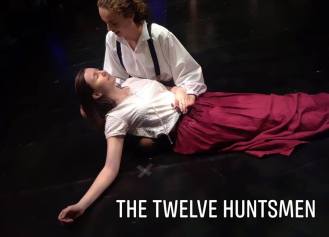 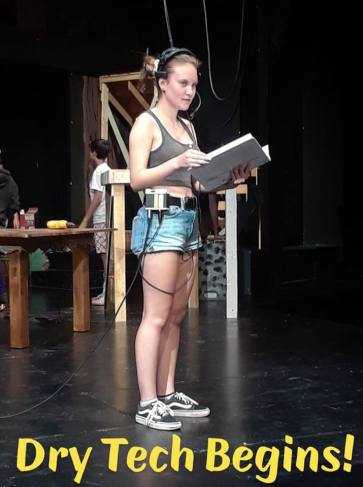 As a side note, I want to say that, as a gay writer, I yearn to create worlds where I have a place. I often go to theatre where I have no place in the world onstage. Our Town comes to mind. In The Twelve Huntsmen, there are many kinds of love in the narratives. The current generation of Acme sports a rich diversity and includes members of the LGBTQ+ community, so they’ve chosen to represent this in the production, and I am quite pleased.